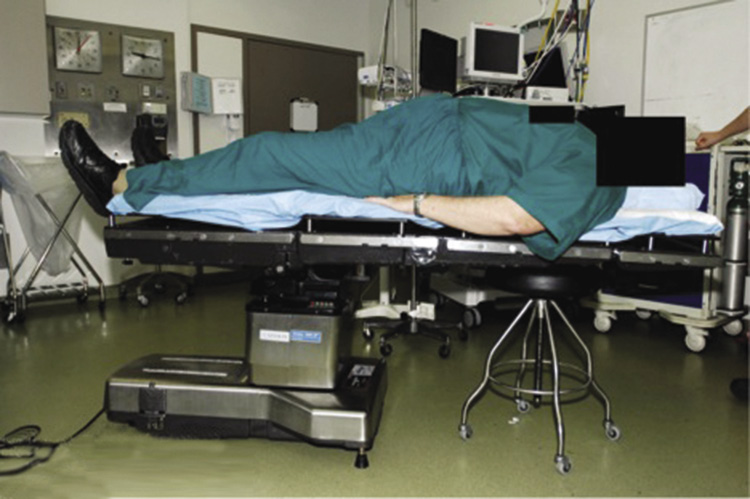 Figure 1: We enlisted the help of a colleague who weighs 160.3 kg to demonstrate the danger of OR table tipping on the Amsco 3085 SP surgical table when used in reverse orientation. Upon releasing the floor locks (with safety support present), the table tipped instantaneously.

The field of anesthesiology has experienced significant advancements and enhancements to patient safety, the result of which has been an improvement in perioperative morbidity and mortality for our patients.1,2,3 Specifically, Gaba2 cites several factors including a higher caliber of anesthesia staff, the need to reduce malpractice insurance costs, and anesthesiologist desire to study and improve upon patient safety outcomes as catalysts for significant patient safety improvements. These improvements include, but are not limited to, closed malpractice claims analysis, technologic solutions for improved patient monitoring, engineered safety devices to physically prevent errors from being made, the adaptation of standards and guidelines to improve patient safety, and the formation of the Anesthesia Patient Safety Foundation to further institutionalize safety in the field of anesthesia. Despite the implementation of the aforementioned patient safety features, as well as other safeguards, Staender and Mahajan3 estimate the incidence of minor anesthesia-related perioperative events to be around 18-22%, while more severe perioperative events tend to occur at a rate around 0.45-1.4%, and events involving complications with permanent damage to occur at rates close to 0.2-0.6%. This said, despite the major advances in anesthesia patient safety, there is still significant room for improvement to enhance our patients’ safety. To this end, we describe the case of a 148-kg patient who was scheduled for endoscopic sinus surgery to remove a skull-base tumor, examine the factors behind the event that almost led to significant and permanent injuries to her, and provide recommendations to prevent this from happening to future patients.

Our patient, J.M., was scheduled for endoscopic sinus surgery to remove a skull-base tumor. Examination of her medical records showed the patient to be morbidly obese at a weight of 148 kg and BMI of 48.02. Further, her records showed that she had recently undergone a similar surgery with no significant perioperative complications or events noted. Pre-medication was given and the patient was transported to the operating room, where upon arrival she was able to self-transfer to an Amsco 3085 SP surgical table (STERIS Corporation Montgomery, Alabama), configured in reverse orientation given the planned surgical approach. After the placement of patient monitors per standard ASA guidelines, the patient underwent an uneventful intubation. After the placement of an arterial line and 2 additional peripheral IV lines, the surgeon requested that the patient, now intubated and under general anesthesia, be rotated 90 degrees clockwise to facilitate the surgical approach. The anesthesia circuit was disconnected from the patient’s endotracheal tube and the patient’s bed was unlocked in preparation for rotation. Upon unlocking the patient’s bed, however, the surgical table started to tip, and the patient’s head was rapidly approaching the ground. Fortunately, the anesthesia resident at the head of the bed was able to grab hold of the head of the surgical table and prevent the patient from hitting the floor. Subsequent to this, additional operating room staff were summoned to the operating room and with the help of several individuals providing support, the patient was positioned as requested by the surgeon. After an adjustable stool was placed under the head of the surgical table to serve as additional support, she underwent the scheduled surgery with no further significant complications. 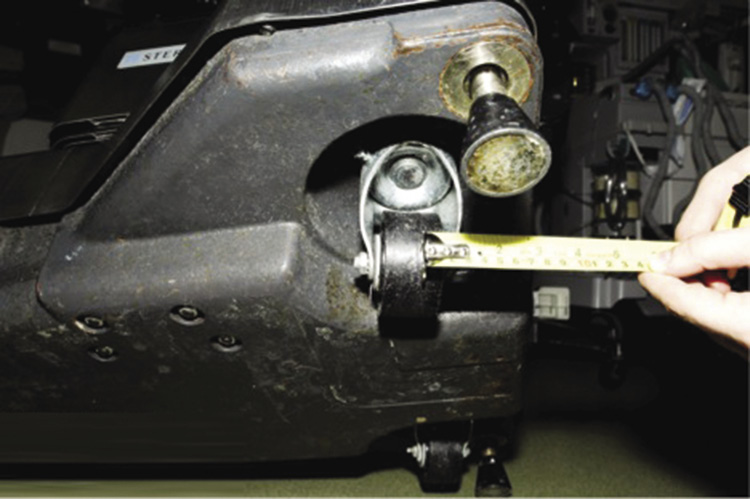 Figure 2: Note that when the OR table’s floor locks are released, the fulcrum of the table shifts approximately 3 inches towards the patient’s feet. While this is a small shift, it markedly changes the OR table’s weight capacity and makes the table prone to tipping.

The aforementioned event piqued our curiosity as to whether similar events have been reported in the literature; however, we were only able to come across a few anecdotal reports of similar, but not identical, events occurring in operating rooms.4 Further, while operating room surgical safety checklists, such as the oft-used and frequently cited WHO surgical safety checklist, have been shown to decrease perioperative morbidity and mortality, there is no specific mention of the surgical table in this checklist.5 Upon discussion with our colleagues, however, it was noted that a strikingly similar event had taken place just two days prior to our event. In this particular case, a 172 kg gentleman with a BMI of 52.04 was intubated and sedated on a bariatric bed; however, upon attempting to flip the patient onto the surgical table in a prone position for spine surgery (surgical table in reverse orientation due to the need for radiology C-arm access during the case), it was noted that the patient’s weight was tipping the bed, which was subsequently stabilized with a support stool placed underneath the head of the bed. This surgery was completed as well with no further significant perioperative events.

Given the near-disastrous potential outcomes of the aforementioned events, we thoroughly investigated the operation manual of the Amsco 3085 SP surgical table.6 Specific manufacturer recommendations state that the surgical table is rated to support patients up to 1,000 lb (454 kg) in the “normal” patient orientation. Further, the tables are designed to support patients up to 500 lb (227 kg) with side-tilt in the “normal” orientation, and a 500 lb (227 kg) rating applies to the “reverse” patient orientation. In addition, the bed is rated for patients up to 400 lb (181 kg) with the 3080/3085 Orthopedic Extension accessory, 400 lb (181 kg) with the Fem/Pop Board, and a 500 lb rating applies to Amsco Shoulder Table. Furthermore, it is stated that when performing surgery requiring a headrest accessory in a “reversed” patient orientation, one is not to exceed the 400 lb (181 kg) patient weight limit (though the headrest accessory itself weighs significantly less than 100 lb). Of interest, neither of the patients in the 2 cases we describe above exceeded these manufacturer weight recommendations. Also of note, there is no specific mention in the operator manual of patient weight ratings when the bed is “unlocked” from the operating room floor. Closer examination of the surgical table, however, does reveal a sticker near the bottom of the bed that states, “DO NOT RELEASE FLOOR LOCKS WHILE PATIENT IS ON TABLE,” while showing the surgical table in the reverse orientation. Unfortunately, while not recommended by the surgical table manufacturer, the practice of releasing the floor locks of the surgical table to re-position the patient within the operating room is one that occurs frequently at the surgeon’s request.

The field of anesthesiology has been heralded for its’ many advancements in patient safety; however, significant room for improvement remains. Here, we presented a case with potentially disastrous consequences for our patient with hopes that similar events do not occur for other anesthesia providers in the future. As our population is increasingly obese and our cases more complex, it is particularly important to remain an advocate for our patients’ safety despite what may be perceived to be routine practice.

The authors of this article have no financial interests to disclose with regards to this article.