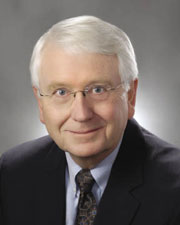 As President of the Anesthesia Patient Safety Foundation (APSF), it is my privilege to report annually on the activities of the foundation during the past calendar year. I am pleased that 2010 has been an active and productive year as the APSF continues to pursue patient safety initiatives intended to further our vision that “no patient shall be harmed by anesthesia.” Of special note, APSF celebrated its 25th anniversary (1985-2010) in October 2010.

The APSF Committee on Scientific Evaluation chaired by Sorin J. Brull, MD, received 34 grant applications in 2010. In October 2010, the committee recommended funding 3 research awards to begin in January 2011. In February, 2010, APSF awarded a grant for $212,000 to Charles W. Hogue, Jr., MD (Department of Anesthesiology and Critical Care, The Johns Hopkins Hospital) for his research project entitled “Assessing cerebral blood flow autoregulation in the head-up versus supine position during general anesthesia with postoperative neurocognitive changes and serum biomarkers of brain injury.” This award was for a 2-year period beginning July 1, 2010.

The total dollars awarded by APSF in 2010 for anesthesia patient research was $661,324.00. Among the named grants were the APSF/American Society of Anesthesiologists (ASA) Endowed Research Award, APSF/ASA President’s Research Award and the APSF/Covidien Research Award. The APSF/ASA research awards utilizes funds from the APSF endowment fund that were made possible by contributions from the ASA to APSF over the past 2 decades.

The APSF Newsletter continues its role as a vehicle for rapid dissemination of anesthesia patient safety information with Robert C. Morell, MD, and Lorri A. Lee, MD acting as co-editors. The circulation of the APSF Newsletter exceeds 84,000 recipients and is provided as a member benefit by the ASA, American Association of Nurse Anesthetists (AANA), American Association of Anesthesiologist Assistants (AAAA) and the American Society of Anesthesia Technologists and Technicians (ASATT) to all of their members.

The APSF Newsletter became an electronic publication beginning with the Spring 2010 issue. At the October 2010 meeting of the APSF Executive Committee, the decision was made to return to printing and mailing of the hardcopy as well as maintaining the electronic version.

Important issues presented in recent editions of the APSF Newsletter included “The Challenges of Technological Intensification,” authored by Drs. Webster, Stabile, and Merry and appearing in the Fall 2009 issue. In the Winter 2009-2010 issue, Dr. Frank J. Overdyk addressed the continued problems of postoperative, opioid-induced respiratory depression in a letter to the editor entitled “Postoperative Opioids Need System-Wide Overhaul.” The APSF recommendation that PCA monitoring include pulse oximetry and capnography if supplemental oxygen is being administered was the subject of an announcement in the Spring 2010 issue from the Indianapolis Coalition for Patient Safety entitled “Hospital Coalition Group Endorses APSF Recommendations for PCA Monitoring.”

The “Questions and Answers” and the “Dear Sirs” (Safety Information Response System) columns in the APSF Newsletter provide rapid dissemination of safety issues related to anesthesia equipment in response to questions from readers. These columns are coordinated by A. William Paulsen, PhD, chair, APSF Committee on Technology.

More than 2,000 requests to receive the complimentary APSF fire safety video entitled
Prevention and Management of Operating Room Fires have been received since the DVD became available in April 2010. More than half the requests have come from registered nurses in their roles as safety educators in the operating room. Information regarding the DVD is available on the APSF website (dev2.apsf.org). Portions of the fire safety video will be utilized by the American Society of Anesthesiologists and the Food and Drug Administration in their safety and educational products.

APSF has funded the creation and maintenance of the Neurologic Injury after Non-Supine Shoulder Surgery (NINSS) registry to collect and analyze adverse neurologic outcomes following shoulder arthroscopy surgery. The NINSS Registry is being coordinated by Drs. Karen Domino, Lorri Lee, and Karen Posner at the University of Washington. Cases of central neurologic injury (brain or spinal cord) occurring after shoulder surgery in the non-supine position may be submitted to http://depts.washington.edu/asaccpp/nins/index.shtml.

APSF will sponsor a 1-day conference (June 8, 2011) in Phoenix, AZ, entitled Essential Monitoring Strategies to Detect Clinically Significant Drug-Induced Respiratory Depression in the Postoperative Period. The goals of this 1-day conference are to define the problem and identify electronic monitoring strategies that will provide early warning of clinically significant respiratory depression. Experts from clinical medicine (nursing and physicians), industry (manufacturers of monitoring devices), hospital administration, insurance industry, regulatory agencies and families of injured patients will provide input. At the end of the day, the intention is to propose recommendations in the form of a consensus statement for continuous electronic monitoring of oxygenation and ventilation for patients receiving respiratory depressant drugs. The hope is these changes would result in a predictable and prompt improvement in patient safety.

The APSF website permits “online” credit card contributions to APSF. Go to “Donate” on the APSF home page and follow the prompts.

The year 2010 represents the 25th anniversary of the formation of APSF. APSF was officially incorporated in September 1985 and the first APSF Newsletter was published in the spring of 1986. In recognition of this milestone APSF conducted a workshop moderated by Jeffrey B. Cooper, PhD, APSF Executive vice president entitled A Celebration and 360° Assessment of the First 25 Years of the APSF: How do we continue to help reduce serious adverse events in the perioperative period? Recommendations from the attendees and speakers at the workshop included inclusion of patient advocates in the future activities of APSF and the return to hardcopy publication and mailing of the APSF Newsletter while continuing the electronic version.

APSF wishes to thank retiring Board of Directors members, Rodney C. Lester, CRNA, William P. Schecter, MD, Michael A. Olympio, MD, Frederick W. Cheney, MD, and Robert Clark for their years of service. Dr. Olympio is the immediate past chair of the APSF Committee on Technology. Dr. Cheney has been a director since 1987. Newly elected directors to replace these retiring directors are Maria Magro, CRNA, T. Forcht Dagi, MD, Jeffrey M. Feldman, MD, and A. William Paulsen, PhD. Dr. Cheney’s successor will be named in the near future.

As in the previous annual report, I wish to reiterate the desire of the APSF Executive Committee to provide a broad-based consensus on anesthesia patient safety issues. We welcome the comments and suggestions from all those who participate in the common goal of making anesthesia a safe experience. There remains much still to accomplish and everyone’s participation and contributions are important.

Best wishes for a prosperous and rewarding year 2011.