The Truview EVO™ laryngoscope (Truphatek International Ltd. Netanya, Israel) is introduced with integrated optical lens that provides a 42° anterior reflected magnified laryngeal view.1 It facilitates visualization of the glottis without the alignment of oral, pharyngeal, and tracheal axes.It has a dedicated preformed stylet (Optishape™ stylet) that helps in better control during intubation. We report a case, where we encountered difficulty in withdrawing the stylet during endotracheal tube intubation using Truview® laryngoscope.

A 30-year-old female patient with a history of cervical spine trauma causing fracture and dislocation of cervical spine (C4-5) was scheduled for surgical fixation and stabilization via anterior approach. In the operating room (OR) routine monitors were attached to the patient, and after induction of general anesthesia laryngoscopy was performed in neutral position with Truview® laryngoscope to access the glottic aperture. We planned for intubating the trachea with 7.5 mm internal diameter cuffed endotracheal tube (ETT).The ETT was premounted on the dedicated stylet (Optishape™) available with Truview® for the ease of insertion. The stylet was introduced inside the ETT and secured to the tube by a screw present on the proximal end. After positioning the distal tip of the ETT in front of the glottic aperture we intended to withdraw the stylet but were unsuccessful. There was resistance during withdrawal and on further attempts; both ETT and stylet were coming together as a single unit. We immediately removed the ETT along with the stylet and planned for intubating the trachea with another ETT of same size. The ETT was premounted on reusable malleable stylet (PORTEX®) with shape exactly like the Optishape™ stylet. Laryngoscopy with Truview® laryngoscope was repeated and patient trachea was intubated without any difficulty. 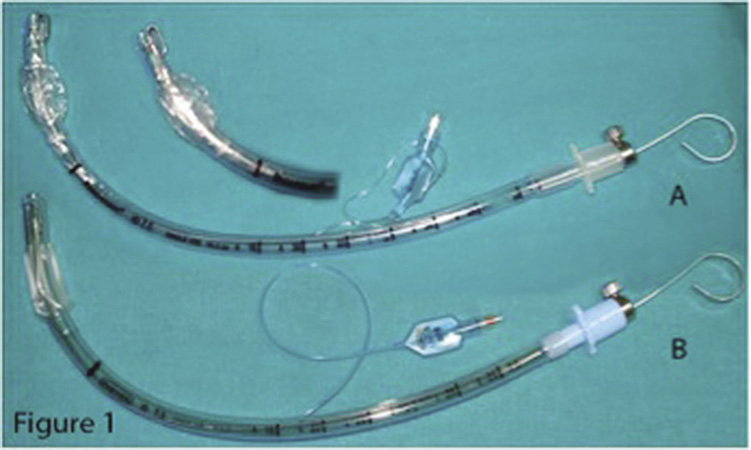 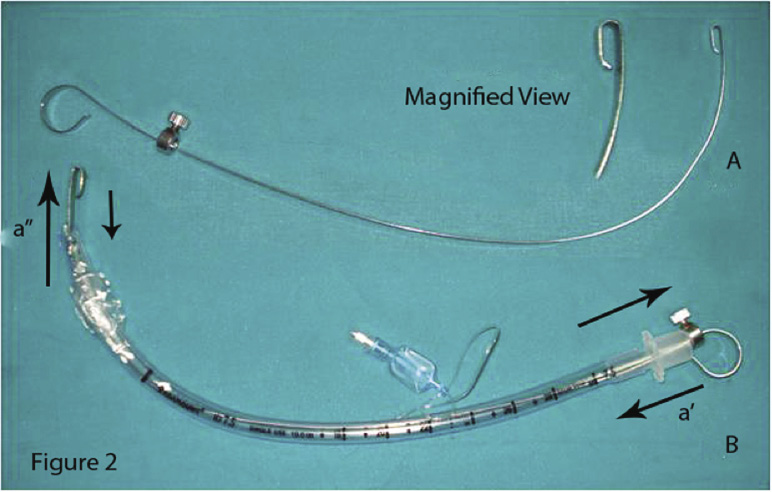 Figure 2. A) Optishape™ stylet and magnified view of tip with gap. B) Tip of stylet projected beyond the ETT tip, while withdrawing the stylet, ETT tip got entangled in the gap as shown by arrows.

We realized that in our case the same situation might have occurred arising from dislodgement of the stylet due to accidental loosening of the screw (Figure 2 B). We infer that the Optishape™ stylet provided with Truview® needs certain modifications to avert this complication. We suggest that the distal end should not be folded to avoid the creation of a potential gap which can possibly get entangled with the ETT.