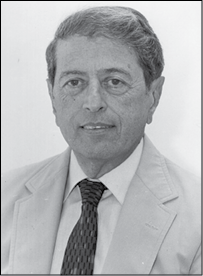 APSF is saddened at the passing of Ephraim S. “Rick” Siker, MD on June 21, 2013, at the age of 87. Rick was a founding member of the APSF Executive Committee in 1985 and served as the foundation’s secretary from 1985 to 1995, executive director from 1995 to 1997, and chair, APSF Committee on Technology from 1997 to 2002 when he retired from the APSF Board of Directors after 18 years. He was a tireless advocate for patient safety and mixed his passion for the foundation’s mission that “no patient shall be harmed by anesthesia” with wit and wisdom that only he could provide.

His contributions to Anesthesiology went far beyond APSF. He was chair of the Department of Anesthesia at UPMC Mercy for 34 years beginning in July 1, 1960.

Dr. Siker left a legacy that will continue to have a positive impact on our specialty. In recognition of his legacy, the University of Pittsburg School of Medicine/Mercy Hospital has established the E. S. and Eileen Siker Professor of Anesthesiology.

We will miss Rick Siker but treasure the memories and value the contributions he made to Anesthesiology and patient safety. APSF extends it condolences to his family, friends, and colleagues.